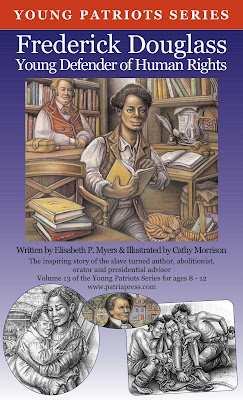 Just found out that Patria Press' historical fiction chapter book about the childhood of Frederick Douglass was chosen by KidCity as one of their top ten picks for MLK Day and Black History Month!

African-Americans suffered disproportionately (and still do) by racist attitudes and actions. But the civil rights movement is no more owned by African-Americans than Holocaust resistance was owned by Jews or suffrage was owned by women. Injustice, suffered anywhere, affects all those who touch it, fight it, comply with it, or blatantly promote it.

Martin Luther King Day and Black History Month give parents a chance to break the cycle of history repeating by looking through the window of how African-Americans suffered, fought and eventually broke through barriers.

"Of all the biographies received, the Young Patriot Series was the most engaging and well-told for single digit kids. Through anecdotes and everyday actions, kids can see how Frederick Douglass lived and eventually paved the way for the civil rights movement."

Douglass' childhood is an amazing story, and it was a lot of fun to research and illustrate his life. Here's the poster from our book signing at Book Expo America in NYC.
Posted by Cathy Morrison at 2:23 PM 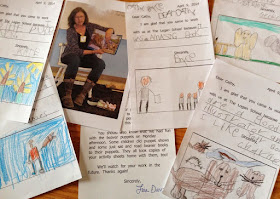 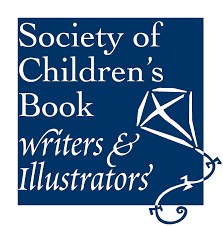